The Annual Meeting of the Center 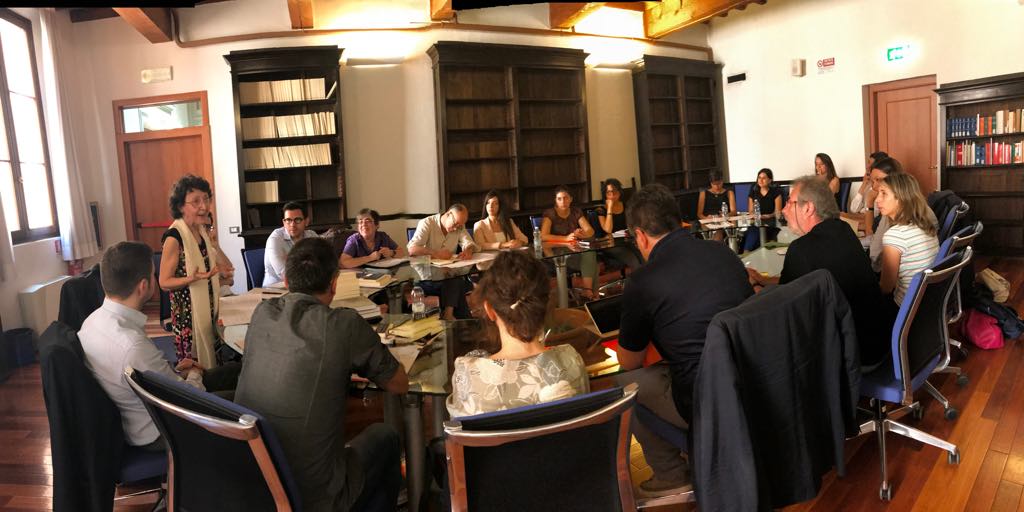 From 9.00 on Wednesday 9 May to 19 on Friday 31 May, the Annual Meeting of the Center was held electronically, which at the end of the three-year term also included the renewal of the elected bodies.

The Assembly saw the unanimous approval of the re-election of the Scientific Director in the name of Prof. Gabriella Valera, of the President in the person of Dr. Franco Rota and of the Governing Council, already constituted by dr. Milena Lazic, Dario Castellaneta and Fabio Corigliano, and with the new appointment of Prof. Maurizio Merico from whose contribution of work and competence the Center will benefit greatly.

Thanks to Prof. Merico for accepting the assignment and to everyone for having renewed their availability.

The assembly approved the final and budget balance and positively assessed the Director’s scientific report for the work of the 2016-2019 three-year period.

Furthermore, agreement was reached on some guidelines for the actions to be implemented during 2019 and to follow in the next three years.

The guidelines were summarized as follows by the Scientific Director who presided over the Assembly:[excerpt from the debate and the concluding speech by Gabriella Valera]

To conclude everything, I would like to underline that very clear guidelines have emerged from the actions carried out so far (study days, Summer School, meetings with the city and conferences, workshops), which are both method and content given the way in which the work aims at paradigms of doing and thinking: in terms of “designing” training for a strategic vision in the preparation for solving problems and managing one’s own sphere of work.

But already in the past editions of the study days it was mentioned the theme “how the institutions work and they  think”, and then to the topic “institutions on the net” playing on the term network and also on that of institution.

I had proposed the question of a sort of “bureaucratic transparency” which is a significant oxymoron of a story and a present, an oxymoron that also emerged from our meetings “Looks from the city” (in the conference Corigliano- Pitacco).

On this synthesis there was a binding consensus, which prefigures a meeting on the proposed themes and above all on the transversal aspects and on the “new scientific paradigm” that concern them, involving the scientific committee and the working groups that will be formed starting from these guidelines and actions to be implemented.