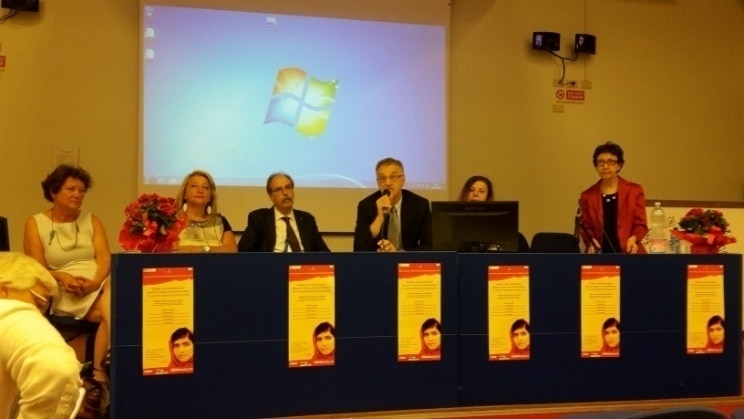 The IX Annual Conference of the International Society for Cultural History (ISCH) was held with great success from July 18-22, hosted by Dipartimento di Scienze giuridiche, del Linguaggio, della Interpreatazione e della Traduzione at the University of Trieste and was concluded with a Roundtable in the Duino Castle.

The high scientific profile of the whole conference, in which a considerable number of very young resesarchers participate, the quality of welcoming and hosting the 100 historians coming from all over the world, the interest paid by local institutions and by the citizens of Trieste, as well as the press, confirmed the importance of the chosen theme of the conference. “Gender and Generations. Spaces, Times, Relationships in Cultural Historical Perspective”. The theme as proven of great social impact but it was developed, as in the mission and scientific goals of the Society, with attention given to the cultural historical backgrounds which influence the cultural practices we live, usually, without awerness of their constituents and origins.

To  increase tha critical awerness coming from the knowledge of cultural history, from deep and close readings over the time and space, the ability to deal with otherness in the past and present, is the task that the historian of the Society fulfill every year, choosing the theme of their conferences, which take place from year to year in different cities of the world, putting ther special researches at the service of a more comprehensive undertanding.

This meaning of the Conference and of the International Society for Cultural HIstory was stressed in the opening session by the Rector of the University of Trieste, prof. Maurizio Fermeglia, by professor Gabriella Valera, founding member of the Society and scientific resoonsible of the Conference, the regional councelor for Culture Gianni Torrenti, and  Prof. Alessandro Arcangeli, President of the commettee of the Society.

The International Society for Cultural History gives appointement to cultural historians for the next Conference to be held in Umea, organized by Prof. Jonas Liliequist!